THE HISTORY AND EVOLUTION OF "A WOUND IN TIME": FROM STAGE PLAY TO FEATURE FILM

It all started in the late 1980's when I was a resident playwright at the East Village's RAPP Arts.  There was a pool of talented and established actors who would partake in the readings of our scripts.  "A Wound In Time" had its first staged reading at Phebe's on the Bowery back then in which the fabulous actor Ella Joyce read the role of the Santeria priestess, "Iya Carmen".  She later went on to star on Broadway, have her own TV series "Roc", and film.  "A Wound In Time" later won a contest and another staged reading soon after.  But it would be almost 20 years before I would pick it up and revise it, by setting it in 1993, to make it relevant to the Supreme Court decision around freedom of religion.  I also simultaneously adapted it into a screenplay.  The screenplay became a semi-finalist and quarter-finalist in two international screenplay competitions in 2009 and 2010.  I can only wonder how it would have placed with the most recent and present edits to the script.

Here are some comments submitted from the readers of the 2009 "Back in the Box" competition where it showed as semi-finalist:

"Distinctive. The writer uses the Spanish Harlem dialect to good effect. No one on Earth talks the way these characters talk.  You immediately know you're not in Kansas anymore from the very first word. The words have an edge to them and a sense of vivid life in the brownstone tenements. It's very evocative. "

"The characters are certainly flavorful and spicy as the dialogue. Tony, Negra and even Millie and Carmen may have issues but they are never dull to listen to or visualize."

Here is the link to the results of that competition where "A Wound In Time" is listed as one of the semifinalists: 2009 BACK IN THE BOX SCREENWRITING COMPETITION

The screenplay "A Wound In Time" placed in the quarter-finals in the Fade In Awards: 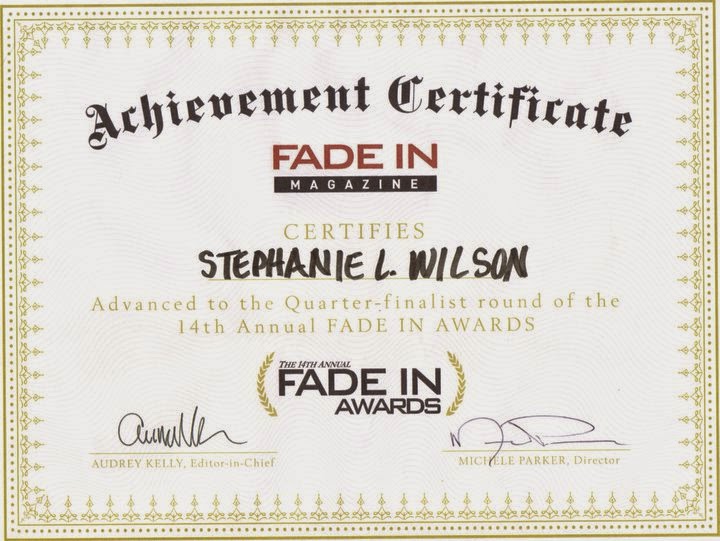 In 2010 I directed and produced the stage play version at the legendary Nuyorican Poets Cafe and received these comments from judges of the NYIT Awards:
Judge 1: "This was a long show 2 hours and 20 minutes.  It's hard to hold an audience for that long, but they did it.  It was a wonderful evening in the theatre and I'm delighted I the chance to see it.  I was especially glad to see such well written and acted women on stage.  The story was compelling, complex, funny and the characters rich."

Four years later the play later had a limited run Off Broadway, at the renowned St. Lukes Theatre, in the midst of the chaos that was Hurricane Sandy.  But with a cast of troupers and a grateful audience that filled the house the show ended on a wonderful note.

And now comes the film... Finally.

I've been busy editing the script by changing some of the dialogue to visuals.  It is a very tricky thing to do with a mystery thriller as you don't want to edit out the clues, and intrigue that lead you to the surprising outcome.  With the precision of a surgeon, I hope to have edits completed in a few days.

I am very excited to begin scouting for locations after the New Year with the Cinematographer.  Being that I have decided to use the more expensive film instead of digital, we will be looking for places that provide the textures and character that only film can do justice to.  Also because there are flashbacks, and scenes with a supernatural ambiance, it is important to create the feel of the scene.

Filming of interior shots should begin in late February or early March.  I already have the budget, shot list, and breakdown for "Day One"...  Between now and then we all will be working hard to raise the funds for the estimated remaining 8-9 days of filming.

What I loved, and what is important for me to capture, is the sensuality and rhythm of the "inner city" in the old Nueva York. Growing up in the South Bronx, and then living in El Barrio, there was always the sound of congas playing in the distance during the summertime back in the day. The guys would play their congas in the park, on the stoop and its sensual beats could be heard blocks away. I want to announce a favorite, very popular Congero, my friend Steven Guadalupe, in the role of the neighborhood Congero in El Barrio in, "A Wound In TIme". He is a familiar face drumming in Central Park,and in the underground scene.. He also came to see the original Off Off Broadway run of the stage play in 2010 at Nuyorican Poets Cafe. 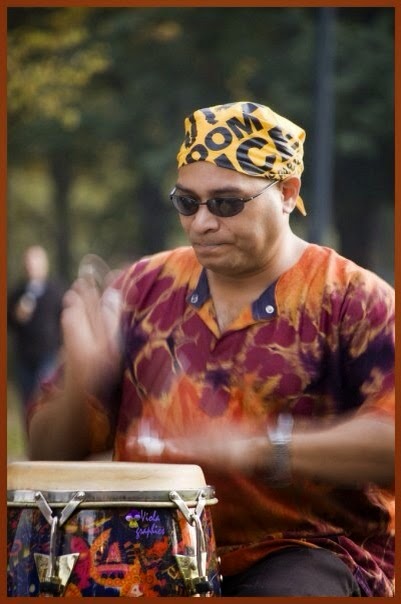 Welcome Tina Moore to the cast of, "Wild Child", the last installment in my trilogy, "Women You Thought You Knew".  She is cast to play the eccentric mom "Millie Centron", in the feature film, "A Wound In Time".  She will hit the stage in the role of "Muriel Li", the Afro-Chinese relative of Susan Li. Welcome to the stage!

DIGITAL OR FILM? THAT IS THE QUESTION!

Meetings, discussing options for Production. Film or digital? It will cost more but film adds that something special if you want to create Art as opposed to just a film... I'm leaning toward film. Stay tuned. Pre-production slated to begin right after New Years!
Posted by S.L. WILSON at 1:10 AM

A special THANK YOU to Delilah Lloyd for her donation to "A Wound In Time".  She is also one of the producers of one of the plays in my trilogy, "Wild Child".  It's so nice to  have friends who support your work!
Posted by S.L. WILSON at 6:32 AM

I WANNA MAKE ART! NOT A FILM!

How do we create and capture the essence of a unique city and the passion of the people?  The textures?  The intensity?  The grittiness?  The dynamics?  That is a goal that must be brought to the screen.  To make the audience feel as if they are in New York City, in Spanish Harlem in 1993... That they are experiencing what the multi-dimensional characters are experiencing... A multi-dimensional experience!
Posted by S.L. WILSON at 12:42 PM