ORIGINAL CAST MEMBER HOJI FORTUNA IS AT IT AGAIN! 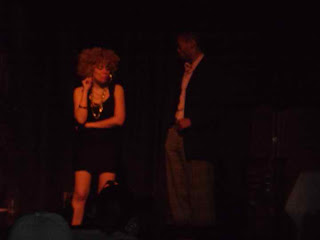 Hoji Fortuna who played the role of Clinton Williams, as seen in this photo with Irma Cadiz, in the original showcase of "A Wound In Time" just starred in ABC's series Pan Am on Nov. 13th episode as a Haitian doctor. Congrats Hoji! Click the title of this post to go view the whole episode.
Posted by S.L. WILSON at 6:35 PM