THE DRAMA BEGINS OFF STAGE

Second round of auditions is today. The show is partially cast but we're going to keep at it until the right cast is assembled as I truly want to present something memorable.
Posted by S.L. WILSON at 6:54 AM

REGAN GIDDENS OF THE STAR & BUC WILD SHOW IS OUR PRODUCTION ASSISTANT! 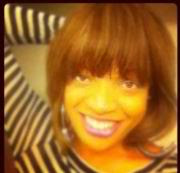 Announcing Regan Giddens as Production Assistant for "A Wound In Time". She is a regular contributor of Entertainment News on The Star and Buc Wild Show. See her in action as "Honeygrip" on the show by clicking this link (this title). Her take charge and competent approach is so desired and appreciated. Welcome!
Posted by S.L. WILSON at 10:10 PM

The photos have yet to be mounted but by tomorrow the official collage poster will be done. It will not launch until the text is added and that is once things are finalized regarding the music for the show and other credits.
Posted by S.L. WILSON at 9:02 PM

THE MUSIC FOR "A WOUND IN TIME"

The music for AWIT should be sensual and haunting. It should dot the "I" in its intensity and cross the "T" in thriller. I have some specific original music by 2 musical miracles.
Posted by S.L. WILSON at 8:39 AM

SYNOPSIS AND CHARACTER BREAKDOWN FOR THIS MONTH'S AUDITIONEES

A summer in 1993 in Spanish Harlem, a very different Spanish Harlem from today, finally reveals the secret past of Cuban-American Negra Centron. A childhood secret torments the life and stifles the growth of a beautiful woman. To protect her secret, she becomes strange bedfellows with Tony Perez, a notorious womanizer and small time hustler; to the dismay of those her lover her most, namely, her mother Millie and best friend Chee Chee.

The ancient religion of the Yoruba people of Nigeria, known as Santeria and Candomble in the Americas, is the engine behind this dramatic three act play. This African-evolved religion and its magic is the backdrop for this tale of love, hate, deceit, homophobia, intra-racism, classicism and betrayal. Magic, ritual, and destiny are the threads unraveling this mystery/supernatural/drama.
As a three act play it won two staged readings and actor Ella Joyce originated the role of Carmen 20 years ago. It has finally been revised as a play, and adapted as a screenplay recently placing semi finalist and quarter finalist in two international film festivals.

The poster for "A Wound In Time" will be a collage of all things Spanish/Italian Harlem. I spent last week perusing the bustling neighborhood taking photos and will be mounting them over the next week to be completed in time to publish on Nuyorican Poets Cafe's website for presale tickets. Stay tuned...
Posted by S.L. WILSON at 8:29 AM